The project is conceived following a research on micromegalic architecture, and on pre/post Colombian city planning and urban symbolism. After testing concepts and design techniques on a series of outposts located in the Andean desert, the final project consists of a Master Plan to redevelop the vast site of the closing Cusco Airport. 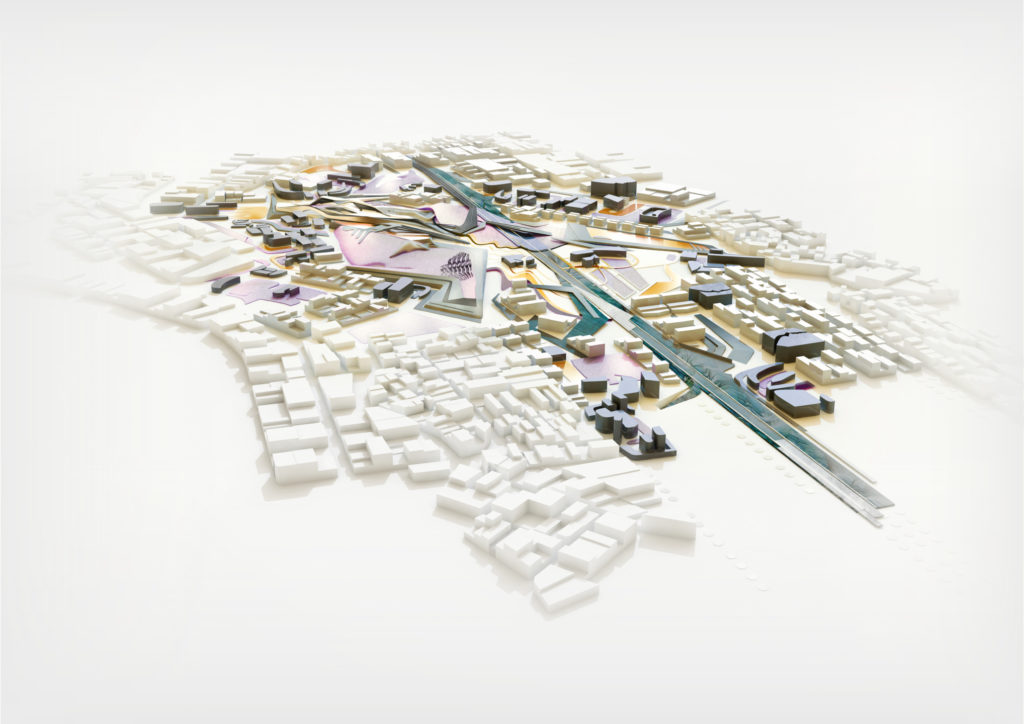 “As human life does not begin or end, it is always going on; environments are never complete but continually under construction. Humans are World-Makers, they build environments.” //  Tim Ingold

Inca Cusco was shaped to form the image of a puma. Successively, the puma city was blended in to a grid structure designed by the Spanish conquistadores. The proposed master plan learns from the past and challenges the current proposal for the redevelopment of the Cusco Airport site. The aim is to create around the existing airport runway a heterogeneous structure in which the city will naturally evolve in to. To control the growth of the city, the design includes thresholds, urban geoglyphs (airport remains, symbolic paths), barriers, terraces, bridges, waterways and green areas. The project proposes an idea of city making based on the symbiosis between the natural and the artificial, rules and freedom, materiality and its abstraction, iconography and mystery.
The master plan allows the penetration of the current sprawling, preventing the redevelopment to become a Dubai archipelago. The residential areas flow in to public spaces, civic buildings, promenades, lakes and parks. Symbolism, and its abstraction, appears at different scales from micro to macro, and it is observable from different views, including the surrounding mountains and the designed bridges and viewing platforms. 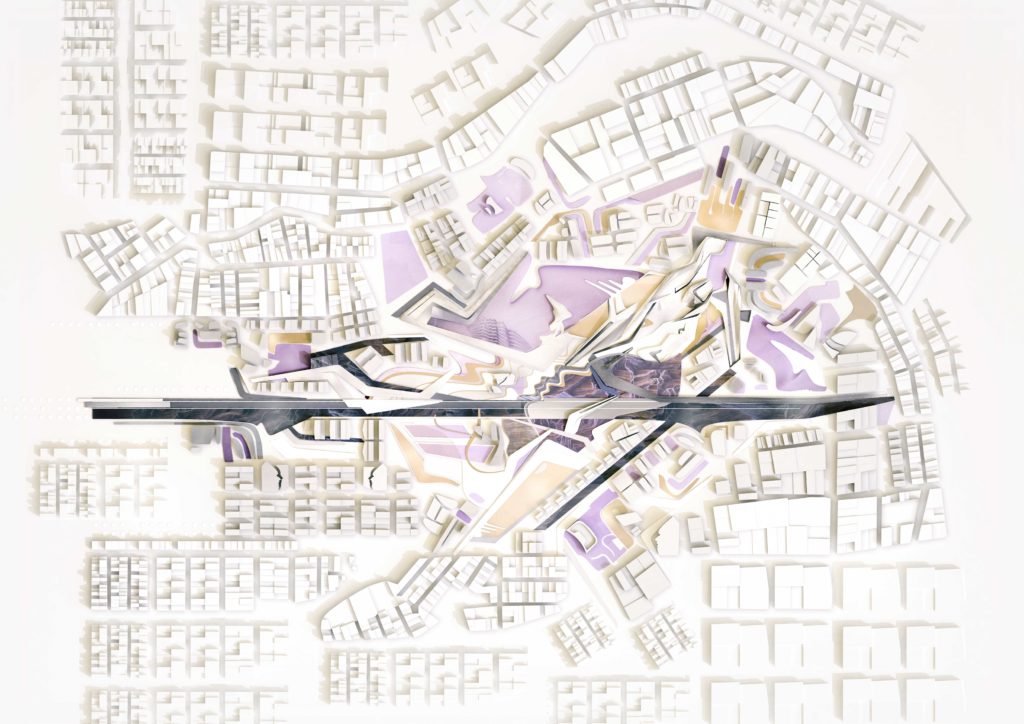 This venture was set in the past (pre/post-Colombian history and theory of dwelling and designing), present (current context of intervention: Cusco 2017, contemporary Peru, contemporary humans), future (evolving cultures, transformation of cosmic beliefs, urban sprawling, and technology-related methods of designing, simulating and fabricating). The scope to design this provocative master plan was to test the limits of revisited ancient practices, and speculating on their validity or invalidity nowadays. The main question was; is there in these practices something to learn, to record, to forget, to criticise? Question which was shared by the experts who guided me in this journey, such us Ricardo de Ostos and Isaie Bloch.