Oreithyia was once mortal. She used to play with her friends by the Ilisos River. She used to make Gods falling in love with her. It is said, she even rejected Boreas, the north wind. So, he was obliged to rape her, as violence felt more natural to him. Plato thinks this was misinterpreted, and that she may have killed herself on the river’s rocks when a gust of northern wind came. Sadly, a guy on TV said something similar when he spoke about his rape, ‘It was the woman that raped herself against me’. I wondered if the latter ever read Plato or that was of his own making. Greek mythology is all about rapes, betrayals, punishments, heroism, strange love, sacrifice and food. I came to the conclusion that television and mythology are the same thing translated in time.
Nevertheless, Oreithyia became immortal and her abduction gave life to some of the most exquisite paintings in the history of art. I’m not sure what television gave life to..
– –
Oreithyia , 90x130cm, Single Piece on Varnished Aluminium. 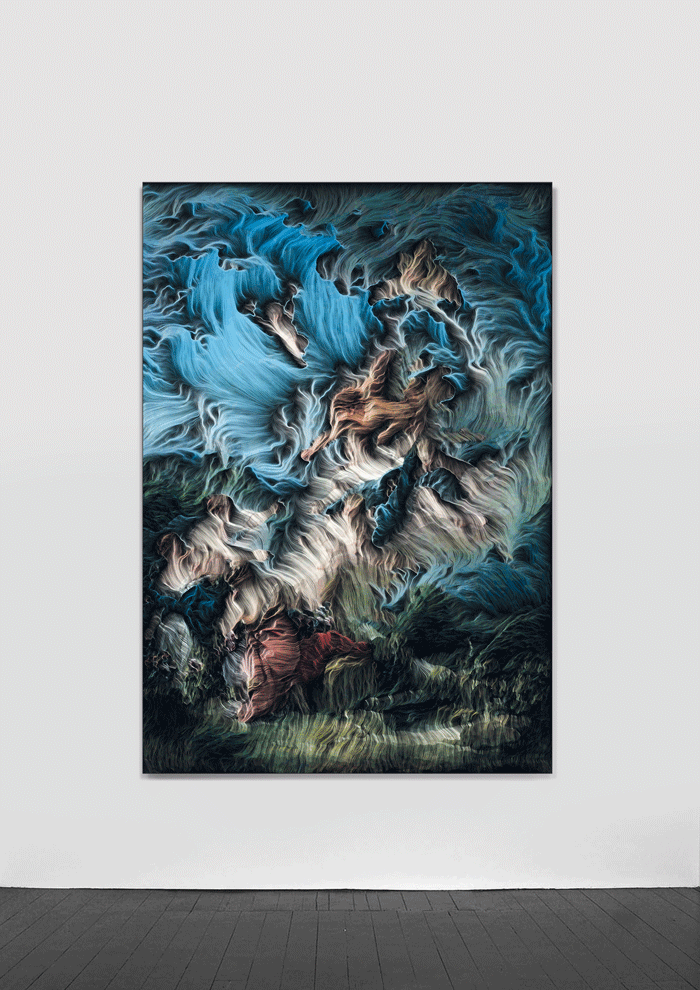 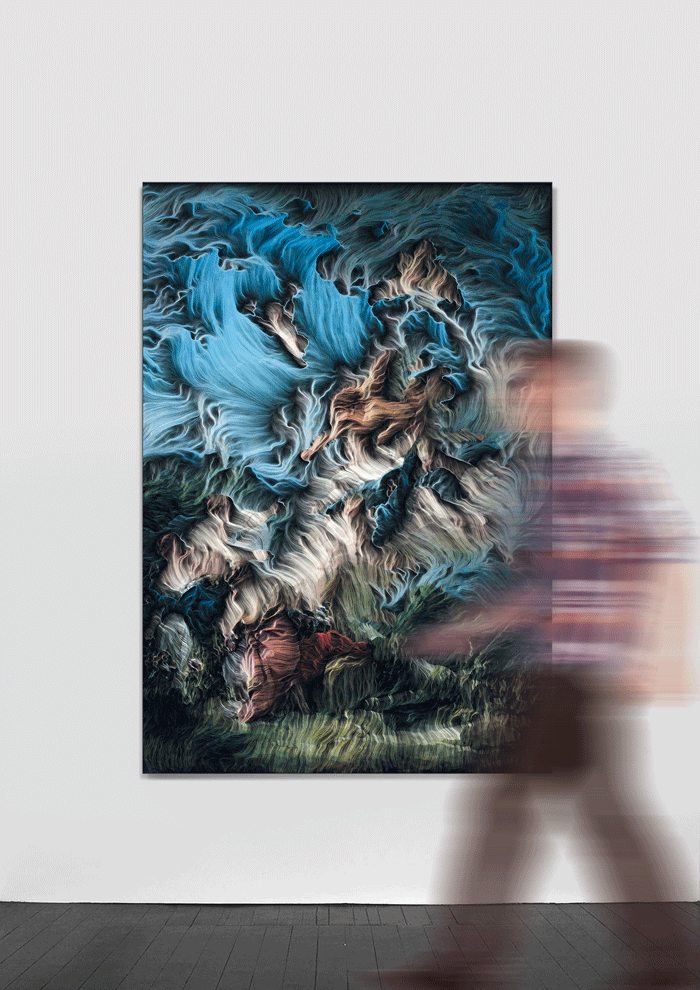